The Chinese people's celebration of Labor Day dates back to 1918. This year, some revolutionary intellectuals distributed leaflets introducing "May 1st" to the masses in Shanghai, Suzhou, Hangzhou, Hankou and other places. 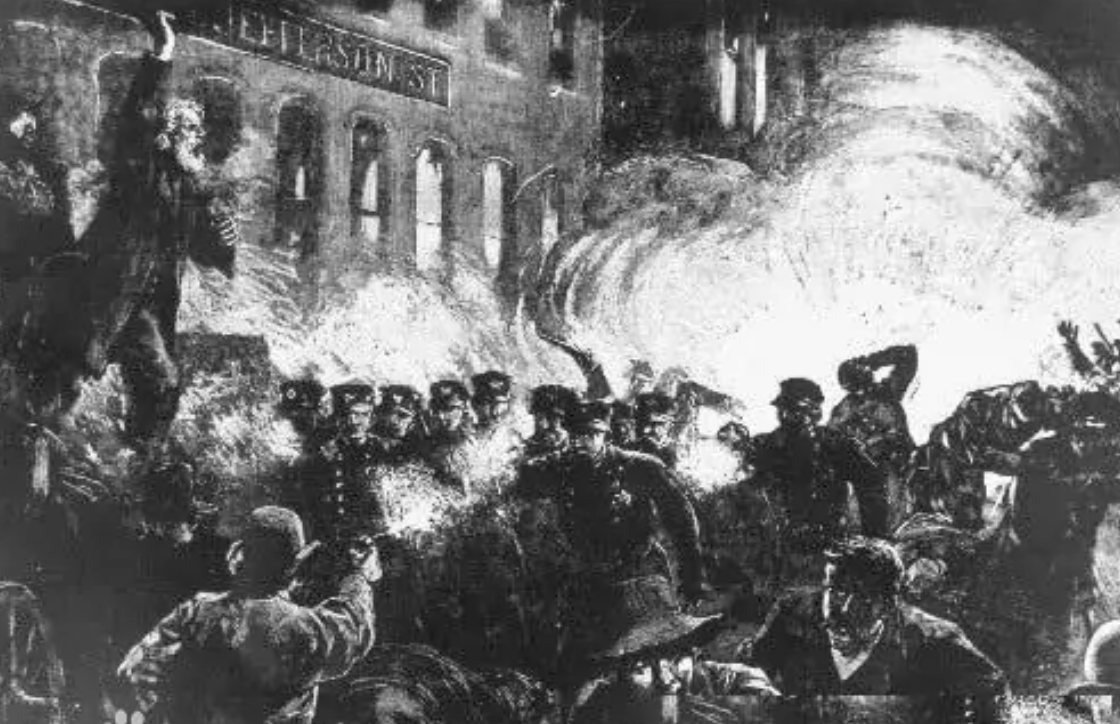 In the 19th century, many countries such as the United States and Europe gradually developed from capitalism to imperialism. In order to stimulate rapid economic development and extract more surplus value to maintain this high-speed capitalist machine, capitalists continued to increase labor hours. and labor-intensive methods to brutally exploit workers.

In 1866, the First International Geneva Conference put forward the slogan of the eight-hour workday.

In 1877, the first national strike in American history began. The working class took to the streets to demonstrate, asking the government to improve labor and living conditions, shortening working hours and implementing an eight-hour workday. Shortly after the strike, the team expanded, the number of union members surged, and workers from all over the country also participated in the strike movement.

Under the strong pressure of the labor movement, the US Congress was forced to enact the law of the eight-hour work day. However, some capitalists simply ignored it. This law is just a piece of paper. The workers are still living in dire straits and being tortured by the capitalists. The unbearable workers decided to push the struggle for the right to life to a new climax, preparing to hold a larger-scale strike movement.

In October 1884, eight international and national workers' groups in the United States and Canada held a rally in Chicago, United States, and decided to hold a general strike on May 1, 1886, forcing the capitalists to implement the eight-hour workday. The day has finally come. On May 1, 1886, 350,000 workers from more than 20,000 companies in the United States stopped work and took to the streets, holding a massive demonstration. Workers of all skin colors and types of work went on a general strike. In Chicago alone, 45,000 workers took to the streets. Major industrial sectors in the United States are now paralyzed, trains have become snakes, shops have gone silent, and all warehouses have been closed and sealed.

With Chicago as the center, large-scale strikes and demonstrations were held in the United States with about 350,000 people participating. The demonstrators demanded to improve labor conditions and implement an eight-hour work system. On May 3, 1886, the Chicago government dispatched the police to suppress and killed two people. The situation expanded. On May 4, striking workers held a protest in the Haymarket Square. Because unknown people threw bombs at the police, the police finally shot, A total of 4 workers and 7 police officers were killed successively, which is known as the "Haymarket Riot" or "Haymarket Massacre". In the subsequent sentencing, eight anarchists were charged with murder, four were hanged, and one committed suicide in prison.

To commemorate this great labor movement and to protest the sentence that followed, workers' protests were held around the world. These events became the precursors to "International Labour Day".

In July 1889, at the inaugural meeting of the Second International organized by Engels, it was announced that May 1 every year would be designated as International Labor Day.

After a hard and bloody struggle, the victory was finally won. To commemorate this labor movement, on July 14, 1889, the Socialist Congress convened by Marxists from various countries was grandly opened in Paris, France. At the conference, the delegates unanimously agreed that May 1 should be designated as a common holiday for the international proletariat. This decision received an immediate and positive response from workers all over the world. On May 1, 1890, the working class in Europe and the United States took the lead in taking to the streets, holding grand demonstrations and rallies to fight for legitimate rights and interests. Since then, on this day, working people from all over the world will gather and march to celebrate, and public holidays will be held.

The Chinese people's celebration of Labor Day dates back to 1918. The Government Affairs Council of the Central People's Government designated May 1 as the statutory Labor Day in December 1949.

On the eve of "May Day" in 1921, at the Changxindian Labor Tutorial School founded by Deng Zhongxia, a member of the communist group in Beijing, workers learned to sing "May Day Memorial Song". Its lyrics are: "Beautiful freedom, world star, fight my blood, sacrifice for him, sweep away all the power system, remember the good day of May 1st. Fly the red flag, walk the bright road, each do his best, each takes what he can. There is no distinction between rich and poor, and the responsibility is to help each other. I hope everyone can work hard and make progress together.” This majestic and powerful song was composed by the teachers of Changxindian Labor Practice School and the progressive students of Peking University.

After the founding of the People's Republic of China, the State Council of the Central People's Government designated May 1 as the statutory Labor Day in December 1949, and the whole country was given a one-day holiday. On this day every year, the whole country celebrates. People put on festive costumes and gather joyfully in parks, theaters, and squares to participate in various celebration gatherings or cultural and recreational activities, and commend laborers who have made outstanding contributions.

On September 18, 1999, the State Council of China promulgated the "Decision of the State Council on Amending the "Measures for National Holidays and Commemorative Days". Holiday Measures", which adds 7 days of national holiday to the statutory holidays of the Spring Festival, "May Day" and National Day each year, forming 3 "Golden Weeks". 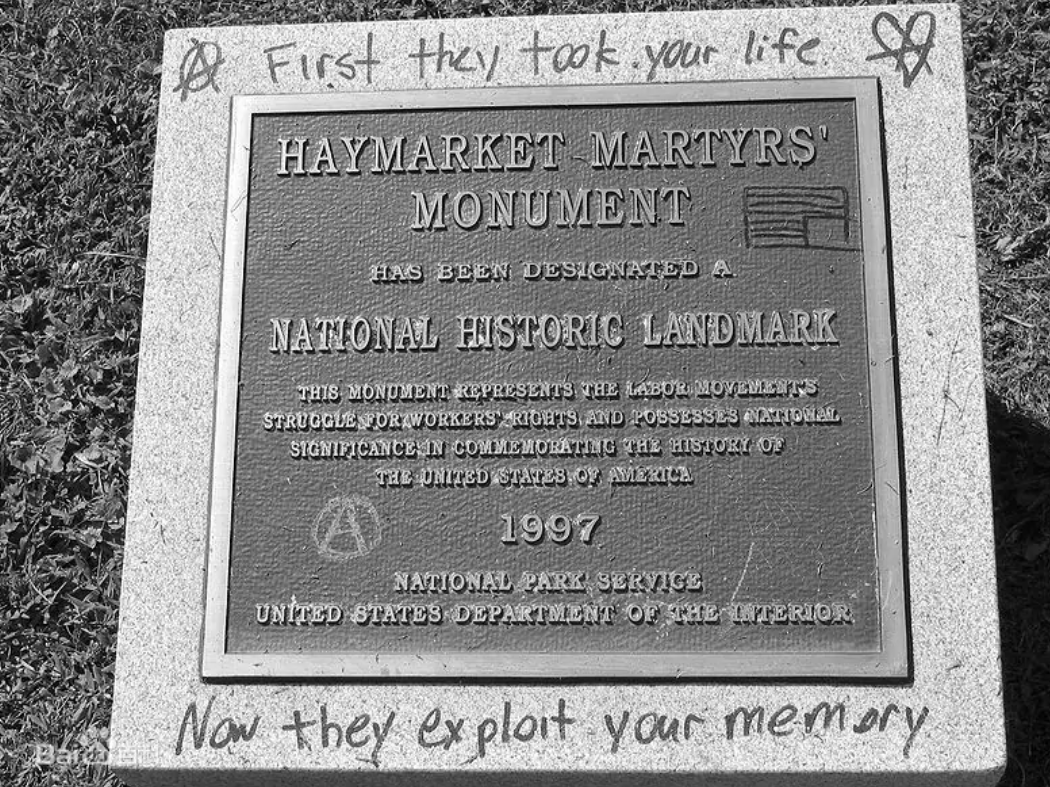 Activities All Over The Place

Countries around the world generally hold corresponding celebrations. However, not all countries set May 1 as Labor Day, and those countries that have celebrated "May Day" have very different ways and habits to celebrate.

Europe still celebrates May Day with demonstrations In Britain and Germany, authorities feared that demonstrations might lead to disturbances by anarchists. In Berlin, Germany, police and anarchists clashed in the middle of the night and several people were arrested. However, thousands of union activists marched peacefully through the city. In France and Austria, opponents of pension reform also took to the streets to take part in marches. From the news footage on Turkish state TV, the police beat the demonstrators with batons and pulled one of them away by the hair.

Russia: There are many parades, rallies, and entertainment. Since the establishment of Labor Day internationally, Russia has always attached great importance to this special festival. On May 1st, Russia has a national holiday, and various celebrations and mass parades are held.

Italy: No celebration, no holiday.

The United Kingdom, France and other European countries have identified "May Day" as Labor Day, many countries have a day off, and some countries have put the public holiday on the first Monday in May according to the situation. However, unlike most countries in the world, although Italy recognizes the "May 1st" International Labor Day and the government expresses its respect for laborers, most people do not hold special celebrations and there is no national "May 1st" holiday. .

Peru: The state stipulates that May 1st is the national Labor Day, and the whole country has a day off.

The United States: The birthplace of Labor Day is only "May Day" Labor Day originated in the United States. In the 1880s, in order to accumulate capital, the American bourgeoisie brutally exploited the working class. They used various means to force workers to work for 12 to 16 hours or more every day. American workers gradually realized that in order to protect their rights, they must fight.

Since 1884, advanced workers' organizations in the United States have passed resolutions to fight for the realization of "8 hours of work a day" and put forward slogans such as "8 hours of work; 8 hours of rest; 8 hours of entertainment! Workers create all wealth!"

On May 1, 1886, workers in Chicago went on strike. On that day, with Chicago as the center, about 350,000 workers across the United States participated in strikes and demonstrations, demanding improved labor conditions and the implementation of an 8-hour workday. The fight shook the entire United States. The mighty force of the working class united struggle forced the capitalists to make concessions, and this general strike of the American workers was victorious.

In July 1889, the Second International, led by Engels, held a congress in Paris. In order to commemorate the "May 1st" strike by American workers, the meeting passed a resolution to designate May 1 every year as International Labor Day. Since then, workers' groups around the world have held grand celebrations on this day, and many countries also have a day off.

In August 1889, U.S. President Benjamin Harrison signed the U.S. Labor Day Act. The first Monday in September every year is designated as Labor Day, and Americans can take a day off. People all over the United States generally hold various celebrations such as parades and rallies to show respect for laborers. In some states, people hold a picnic after the parade, with lively eating, drinking, singing, and dancing. At night, fireworks are set off in some places.

In the past, the above activities were mainly organized by the government, and the parade included representatives of various enterprises and institutions. In addition to the celebrations organized by the government, NGOs and labor groups with different political views will hold various celebrations spontaneously on this day. They can take this opportunity to fully express their political views and expand the influence of the organization. Generally speaking, the "May 1st" parade team first passes through the main streets and squares of the city, and finally holds large gatherings and celebrations in the ancient or wide central square. At the same time, various clubs all over Russia will hold rich and colorful entertainment activities, and the festive mood is high.

Japan: Labor Day falls on the "Golden Week" Japan is a country with many festivals. There are many festivals around May 1, such as Arbor Day on April 29, Constitution Memorial Day on May 3, National Holiday on May 4, and National Holiday on May 5. Children's Day, these holidays are connected together, generally Japanese have at least a week of rest, and the longest is even 11 days.

For the working class, the meaning of this long holiday is really unusual. Therefore, in Japan, the special celebration of Labor Day is gradually replaced by the "May Day Golden Week". And since April 29, Japan has entered the "Golden Week".

Many hotels, hot springs and other entertainment facilities in Japan have put out various advertisements to attract tourists before the "May Day", and the room price of ordinary hotels has more than doubled than usual.

On April 29, Japan's Narita Airport ushered in the first peak of the holiday. More than 40,000 tourists went abroad from here on that day. It is expected that the airport will transport 810,000 passengers during the "Golden Week". Many tourists choose to travel to Hawaii, Saipan, China and Southeast Asia.

Thailand first promulgated labor regulations in 1932, and subsequently designated May 1 each year as the national Labor Day to reward hard-working workers. On this day, Thailand has a unified national holiday, and there will be related celebrations in the capital and some big cities, but the scale is generally not too large.

Known as Labor Day on May 1, it is considered a paid holiday. Traditionally, the President of Egypt presides over official May Day celebrations in Cairo; due to the President's case, under the 2011 revolution, as well as being controlled by the state to face corruption allegations, National Trade Union Center (Egyptian Confederation of Trade Unions), 2011 The festivities were organized by the Independent Trade Unions (United Egypt for the Independent Confederation of Trade Unions), for the first revolution since 1952.

In South Africa, a public holiday on 1 May every year since 1994.

The above is only for the popularization of knowledge due to Labor Day, and does not participate in any political speech. Only on behalf of personal views.